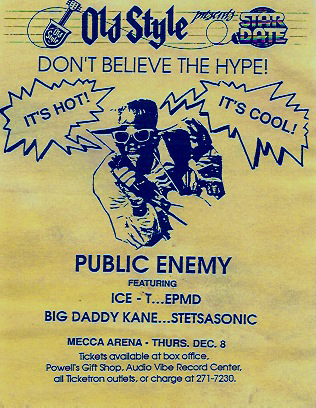 I'm not sure if that was indeed the name of this tour but let's just go with what's on the flier. This was back in the days of classic rap tours. 20,000 seats of hardcore rap fans and top tier mc's make for history in the making. Stet and EPMD were the opening acts and Dj Scratch murdered doubles of Run-Dmc's "Run's House" on the decks. He actually jumped on the table and proceeded to backspin between his legs. It was crazy! Kane had two of the illest dancers in the game, Scoop and Scrap Lover. Nobody could touch them. I think the most memorable part of the night was when Ice-t took the stage. He was wheeled out on a dolly/hand-truck and he was in a straitjacket surrounded by 10 or 12 police officers just like that movie "Silence Of The Lambs". It was pretty cool. P.E., well, you already know how they do it. You don't see tours like this anymore. 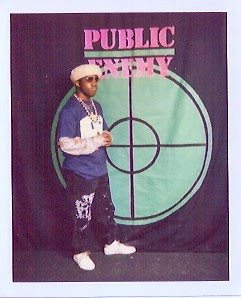