Back in 2016 I did a post about my top 3 favorite rap songs of all time and why.(You can check it out here.)   I decided I wanted to take this a bit further by asking a select group of individuals who I consider to be deeply rooted in rap music culture the same question.

First up is Dwight Spence. This brother has been a connoisseur of rap music from the very beginning. I've had the pleasure of seeing a small portion of his massive collection and let me tell you, it's very impressive. Hailing from North Carolina while residing in the Bronx, Dwight took some time out of his busy schedule to share his top 3 rap songs of all time. 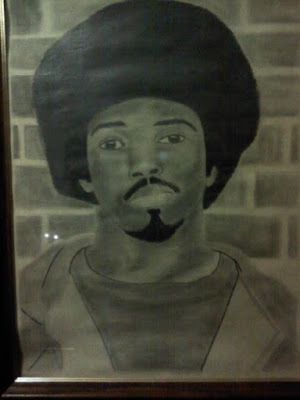 1-SugarHill Gang (Rapper’s Delight)
A few things about this Legendary record is the beat got me up out my seat and dancing. Then the Rhyme got me going "how can you not try to remember the lines to this song". Also it was one of my first rap records I ran out to the store to buy. I still have that original record. It is going Nowhere. It's still clean with no scratches on it at all. I will treasure this record forever. No matter where I am, when I hear this song playing I will stop what I am doing and sing along and dance, I love it. I know this song line for line.
The biggest surprise to me was I never heard GRANDMASTER CAZ (original version) until a couple of years later on his CD. Now this has to make you really think how did one man pull off the version by himself compared to three guys breaking it down Lol.


2-Jimmy Spicer (Adventure of Super Rhyme)
This record right here is another Gem I have in my original collection of music I still have. Clean with no scratches on it at all. It's an unbelievable long record with a great vision of this guy. He had to have been dreaming in his sleep with this record in his head, and just jumped up and started writing it down on paper. Man this song has me wishing I had the real asset to some of the things he was rhyming, and was that GENIE.
Too bad we don’t hear it on the radio the way they rocked (rappers delight) Lol.

3-Grandmaster Flash & The Furious Five (The Message)
This record right here was Master Minds at work putting in hard work on this legendary track with Grandmaster Flash doing his thing on the 1&2. These cats live in this Era and it was indeed a very important Era and Message to the whole world. These guys lived inside of each rhyme they laid down was deep in the game. When they did this, they were ahead of the game. It is very much alive and true today still, they laid down the GROUND work. They were talking about something big. They Blessed the game big time.