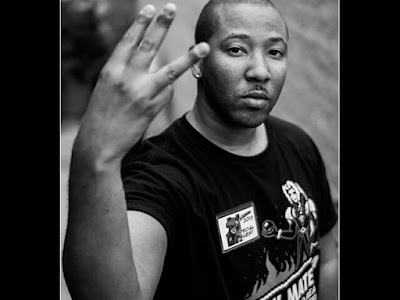 My mellow man DN3 is that guy that everyone wants to get to know. This down to earth Dj/Producer/Radio Personality who hails form Philly had made his mark on the scene here in Phoenix and has been knee deep in this rap thing for awhile so you know I had to hit him up for his top 3 rap songs of all time. Pay attention cause this list is serious. Be sure to leave your thoughts in the comments below.

I can't even come up with my favorite 3 ALBUMS let alone songs haha. But, I'll take a crack at a few... In no particular order.

Probably the biggest and hardest song of 1988 if not the biggest song of the first golden era. PE came with the force, precision, and noisy but methodical production. Long before The Wu, NWA, or anything Hip Hop branded that swept the world by storm, there was PE.  Chuck's in your face voice, raw and black empowering lyrics stating that we as a people and culture are here to stay. Flav's adlibs was the perfect compliment.  This was back when "real Hip Hop" topped the charts and was played on daytime radio.

The unofficial sequel to Common's super conceptual I Used To Love H.E.R. How else would I express my love for Hip Hop like she was my main lady? The track was a perfect metaphor just like Common's original. But, that beat?? Sheesh!...the Rhodes and strings after common's echoed last words "Hip-Hop, Hip-Hop, Hip-Hop..." Black Thought, (favorite emcee) and Common came with it. They made me feel every word.  Love.

3. Eric B and Rakim - Microphone Fiend

The god just straight finessed that track with no hook and an immaculate flow. It was so memorable, so poetic, so liquid.... No games, no gimmicks, no tricks. Ingrained into my memory like a tattoo.