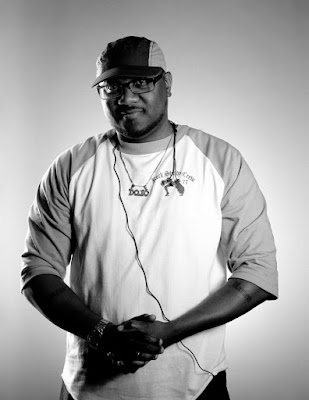 Darrell D-For those who don't know,tell everyone who you are...

Charlie Rock-Dj Charlie Rock "Rock Steady Crew, Dojo Soundz", I pretty much got into Djing, because I love good music and always have been in love with Jazz, funk and Soul. I was really inspired by several local OG Djs here in San Diego, that was before me. I'm the beginning of the 2nd Generation of those guys. Dj Geachie Dan was like the GrandMaster Flash of San Diego, Dj Gil was like the Marley Marl of San Diego, Dj Jam was the Mixtape Master, Dj King Arthur was the mentor type guy with dope skills, Dj Ricky Rick was our Q-Bert in SD and put out some really dope mixtapes, but Kool T was the one that gave me opportunity to spin in front of a party style crowd, but prior to that, I was already active as a Popper but had skills as a Djing. All of these guys I mention, is why I started Djing. When I was 10 years old, I really started to hear a lot of mixes that was on cassette tapes, that a few of my East Coast friends would give me. This was a new world to me because, I didn't know how all of those songs were mixed together. Later on I was able to see how real Djs got down, after that I was hooked! I started collecting and really finding my identity as a dj. My first mission statement was, I really wanted to be that dj that represent the dancers during that time, because I knew what they wanted to hear, I knew what got them hype! There were a lot of beats that they never heard but was hyped on it.  In one nutshell, that's why I started djing.
How did you get into dj'ing?

What are your fondest childhood memories?

My fondest childhood memories was meeting this kid name Mike D, that moved to San Diego from New York, when I was in 5th Grade. This guy was the one that introduced me to the knowledge of Zulu Nation, 5 Percent Nation, and B-Boy culture. He is the one that actually gave me the Charlie Rock name. I can say that was my fondest memory, because that was my blueprint.

What was the first record you ever bought?

Some of the first records I ever bought was The Unknown Dj record called "Let's Jam", and Run DMC at The Funhouse. I purchased both of those records with my own loot at this Record Shop in Venice Beach. 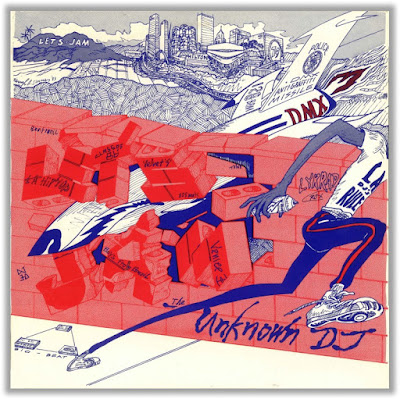 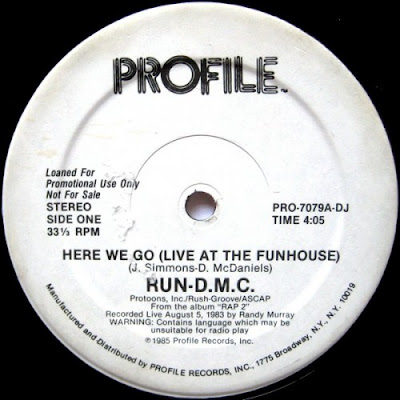 What's your top 3 favorite rap songs of all time?

My Top 3 favorite Rap songs of all time are:

What are your top 3 songs to dance to?

My top 3 songs to dance to as a Popper would be, Parliament "Big Bang Theory", Micheal Henderson "Geek You Up", Dazz Band "Let The Music Play".

What dj/record collector do you admire and why?

Dj Red Alert is one of the record collectors I really admire, because he was able to break new wax to the masses, by having his radio show on KISS FM "New York", he is the original Prop Master. No one never mentions Red, so I'm giving that man props because he opened up my eyes a lot, when I was young. His selection, his delivery was so raw.

What's the weirdest thing that has happened to you while dj'ing?

This wack female came up to the booth and ask me to plays some Hip Hop, while I was playing Hip Hop and I turned off the music while everyone was dancing, and had the sound man shine the light on her, and schooled her on where she need to go, and that was out the door, once she walked out, it was back to the program, hahahahaha, I was like a Dj Bouncer, I dj and kick people out, like Martin.... lol

If you could meet anyone,living or dead,who would you meet?

I actually met Jim Kelly years before he passed away, I would have loved to had been able to break bread with him. When I first met him he asked me if I wanted to eat lunch with him, but I was in a rush getting somewhere, I wish things would have been different that day. Rest in Peace Jim Kelly #BlackBeltJones

What was your greatest dj moment?

My Greatest Dj Moment is when Kool Herc came to San Diego for the first time to Dj at me and Cros 1's event called the Bus Stop, that night we spun all funk, soul, and rare disco, it was the first night i did a Sal Soul set and everyone was hyped! The spot was super packed! That was hands down the best night that San Diego ever witness in a club scene, PERIOD!

What was your worst dj moment?

My worst Dj moment is when I spun with Dj Spinna at this spot called the Onyx Room in San Diego. The night and the vibe was on point until, the promoter put on a live act and killed the vibe. Keep in mind it's a Saturday night, when everyone wants to get busy and party, I pretty much was opening up for Spinna and set the tone, but they decided to throw on a live Rap group "VIBE KILLER", so when Spinna got on the crowd was going into the other room. The 2nd thing that happen is that the venue didn't want to pay me. To make a long story short, I got paid, lol

If you could be someone else for a day,who would it be?

I would like to be TD Jakes for a day, and be able to speak to the brothers and sisters about how important it is to have God in your life and to keep your faith strong and all of your Blessings will be installed in your path of life.

Who is your role model and why?

My role model would be my Martial Arts Grandmaster "Charles Dixon", I've known this man since 1980,  #NufSed

My favorite Mix-tape would be any of the live Kiss FM radio show mix-tapes "Dj Red Alert Show", Dj Red Alert Goes Berserk! I had a big collection of mix-tapes in my vault, Trust me! hahahhaaaa

What is your favorite break?

My favorite Break is, Hot Stuff Band "Juju Man", that is one that came to me right away, real smooth and direct breakdown.

The best gift I ever got was my girlfriend who is now my wife, she bought me my first set of my own Technique 1200 Turntables, she took out a small loan and purchased them for me, pretty dope! and I still have that same set til this day, and no I'm not selling them! lol

What's next for Charlie Rock?

What's next for me? Well, I would love to continue to represent what I know and love, which is good music and good vibes! I used to plan things out, but these days, I just manifest to stay consistent and I'm very blessed to be able to do so. 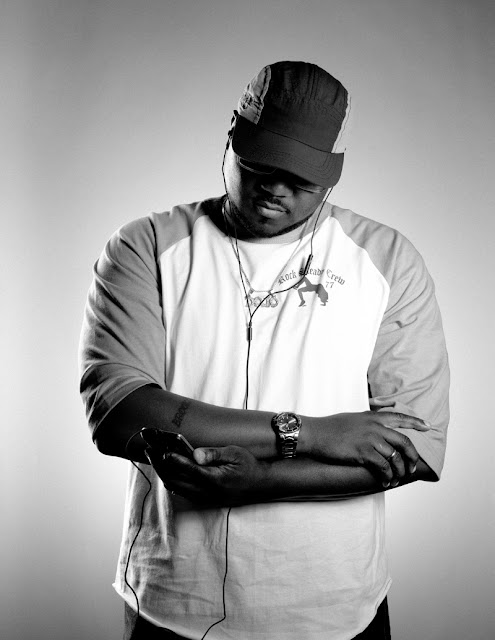