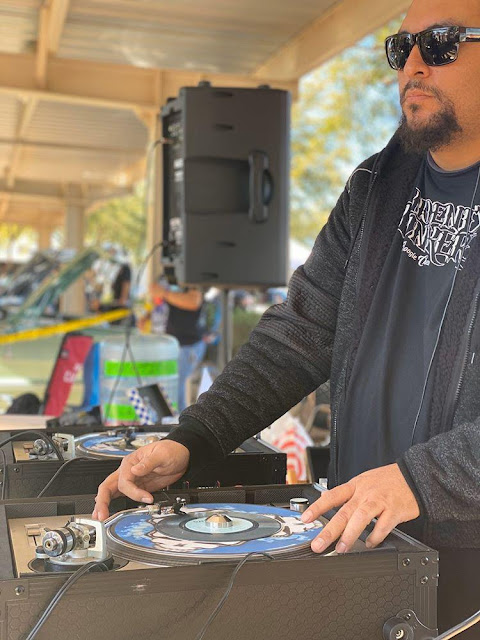 The Phoenix Funkeros just might be the most important Dj Crew in Arizona. Focusing strictly on the "Funk", no other crew has covered more ground with this "old & new" genre of music in such a short time. We recently spoke with member Mars1(you can check it out here), and now we have Funk Machine in the house. Let's get inside his head.


DD-  For those who don't know,tell everyone who you are.

FM- My name is Tony, I go by Funk Machine.  I'm from Phoenix Arizona, born at Phoenix Memorial Hospital. I grew up on the south side of Phoenix in the area of Broadway and 9th street. My family is from Mexico, I'm first generation here in the states. I'm married and have 2 beautiful daughters.

DD- How did you get into Dj'ing?

FM- My homie Mario (Mars1)  bought his turntable set up late 2017. He was having a kickback at his house and told me to jump on and play my records. About 3 weeks later I had to get my own set up. I fell in love with it as soon as I tried it at Mario's kickback. As a kid I was always interested in it but never really got a chance to try it. I would always observe the Djs back in the 90s at my school dances and on tv.

DD- What was the first record you ever bought?

FM- I picked up a few at Revolver Records at the time around the year or 2012. Best of the Spinners, Slave self titled album from 77, Slave "Just A Touch", Dazz Band Jukebox, Bootsy Collins "#1 Funkateer". 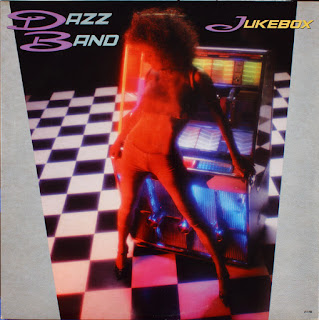 DD- Tell me about your crew.

FM- Our crew came out of us kicking it at KDIF, a local radio station in South Phoenix. We wanted to start something that represented us here from Phoenix and we wanted to showcase the Boogie (post disco) sound that was lacking here locally. There's many honorary members that we consider part of the family. Our crew is an all vinyl Funk collective, we highlight the boogie sound of Funk but we also have other types of Funk in our collections. Our very first events and shows were held at Crates Records and live on KDIF.

DD- What are your top 3 favorite songs?

FM- This is a hard one since there are so many amazing songs out there. I would say The Time "Get It Up", Zapp "Everything Will Be Alright", and Blackbyrds "Dreaming of You". This list can get very long actually but I'm limiting myself to 3.

DD- What Dj/record collector do you admire and why?

DJ Crazy Toones.. his skills that he had on the turntables were amazing. His vinyl collection had a bunch of funk and unique sound effects. The way he'd mix the funk and those sounds to the rap music was mind blowing. Other vinyl Djs I admire are the local fellow Djs, DJ Darrell D, Djents, Melo, Swishatwista and my Funkero fam to name a few.

DD- If you could meet anyone,living or dead,who would it be?

FM- Dead would be Prince, living would be George Clinton and Bootsy Collins.

DD- What has been your greatest dj moment?

FM- Djing right next to the beach in San Diego, beautiful sight doing what we love.

DD- Do you have any role models?

DD- What's next for Funk Machine?

FM- Continue to share my funk selections to the people here in Phoenix and hopefully outside of Arizona. Keep learning new tricks and techniques. Continue to acquire more vinyl gems. Continue to represent for the Phoenix Funkeros and move forward with our goals and ideas we have for 2020 and the future. Huge shout to my wife and two daughters, the whole KDIF crew, Crates records, and everyone that have supported our movement past present and future, much love and respect. 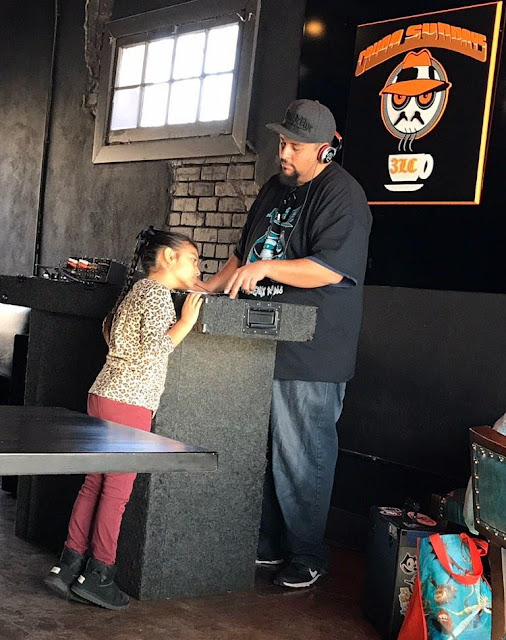