It's that time of year again! New York is the state, Bronx is the city, Crotona Park is the place. Christie-Z over at Tools Of War is steady on her hustle with keeping the culture of Dj'ing alive. There is an all-star line-up as usual and you can expect the park to be full of legends from the past and present. I'll be back soon with a re-cap but until then, see you in New York! 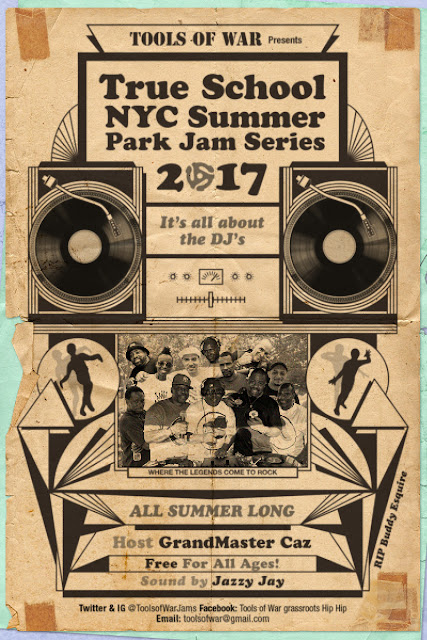