The Heat-Luther and Anita Live

In 1988, following the release of her multi-platinum selling album, Giving You The Best That I Got, Anita Baker embarked on a world tour to support the album's release. The tour kicked off in September. In that same year, Luther Vandross kicked off a three month tour of the United States in support of his platinum selling album, Any Love. His tour also began in September. In October, both artists joined forces to co-headline shows billed as: The Heat-Luther And Anita Live. I was 17 at the time and living with my sister and brother-in-law. As a gift to my sister, her husband got tickets to the show(including one for me!), and a limo ride to the show. The show opened with comedian Sinbad who proceeded the rock the crowd. This was the night that I fell in love with Anita. Man,I wanted to meet her so bad that night! Her show was pretty explosive. Luther's show was as great as they come. Those that have seen him live know what I mean. He even had a young talented Lisa Fisher("How Can I Ease The Pain") as one of his back-up singers. This was the first time I've ever seen grown women in their 30's,40's,& 50's screaming and goin nuts at a show. This one chic even tried to run up on stage but never made it. Security swallowed this chic up quick and she was never seen or heard from again.....or something like that. Anyway, you don't see shows like this anymore. 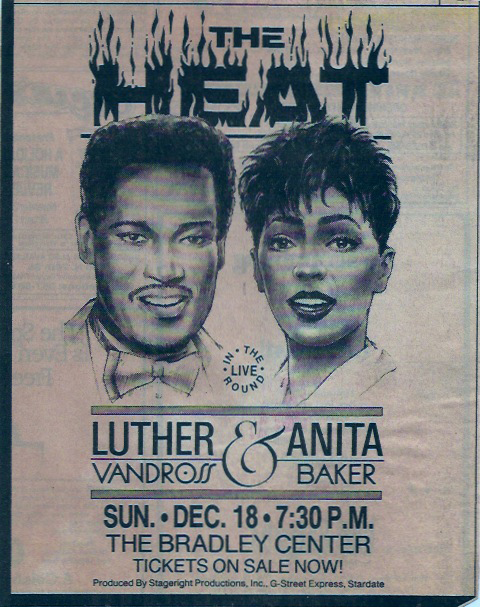 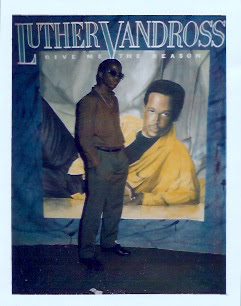