The Beasties Almost Got Away!

I'm a hardcore Beastie fan and have seen them live several times. I moved to Phoenix,AZ in 1998 which was the year the Intergalactic tour rolled into town. I was as "broke as a joke" and only had $30 to my name.  I put 10 bucks in my gas tank which only allowed me to spend $20 for a ticket. The problem was that the show was sold out and the scalpers were selling tickets for $60-$120 each!  Just when I had lost all hope, a scalper showed me mercy and sold me a ticket for $20 and I ran inside in just enough time to catch Mix Master Mike's opening set which lasted a lot longer than seen here. You could cut the energy with a knife! Ah the memories…….. 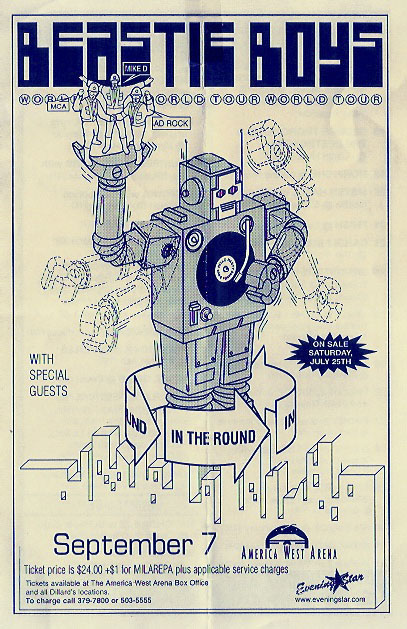 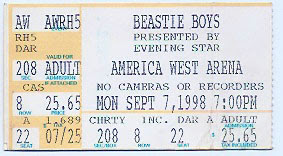