From Chino D To P.E.

Back in December of 2006 I got a call from my buddy Chino D saying that Public Enemy was appearing at a local comic book shop. I knew P.E. was in town for a concert with X-Clan but why would they be appearing at some comic store? Needless to say, I had my doubts but just in case Chino was right, I wanted to be ready so I left my job early,went home, & filled a bag of P.E. goodies I wanted autographed. These items included 2 records, some action figures, & a sneaker. When I pulled into the parking lot of Atomic Comics located outside the Metro Center Mall, I saw a crowd of people standing outside to the left of the store in front of a stage where a dj was spinning classic rap jams. I thought to myself, "Maybe Chino was right." I approached the stage and ran into several hip-hop heads I knew including Chino D. "I told you." My response, "I'm glad you were right." P.E. hadn't showed up yet so I went inside of the store to look around and check things out. I was shocked to find that the store was packed with people already lined up. Upon further inspection, I concluded that there was no way most of these people were here to see this "pro-black" rap group. After a little "ear-hustlin", it became clear that most of the folks inside were there to see Flavor Flav and Flavor Flav only. See, this was during the time when the "Flavor Of Love" reality show was popular among slow witted millennials and single moms in their 40's. I was irritated having to wait in line behind these "non-belivers" to see one of my favorite rap groups but I kept it cool.  An hour goes by before P.E. shows up and it was well worth the wait! They sat down and filled every request of the fans which included  pictures, interviews, & autographing their new comic book simply entitled, "PUBLIC ENEMY" which now made since why they were at a comic shop. After a few hours of this, they stepped outside to perform a mini concert before the group(minus Flavor Flav) returned inside to finish the "meet & greet". Flavor remained outside to perform a solo set being that he had just released a solo CD. During this time I got to hang out with Professor Griff, Brother J from X-Clan, & Dj Johnny Juice, the Puerto Rican brother who is responsible for all of the scratching on the early P.E. albums. Even though the concert was cancelled due to light ticket sales, P.E. did perform at the "Blunt Club" later that night which was a smaller but more intimate venue. Can't wait for another occasion like this! 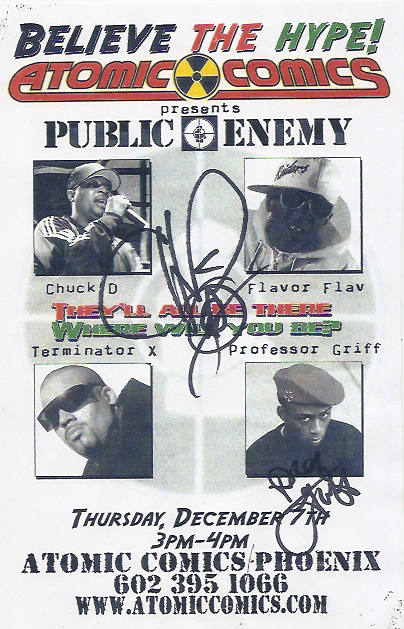 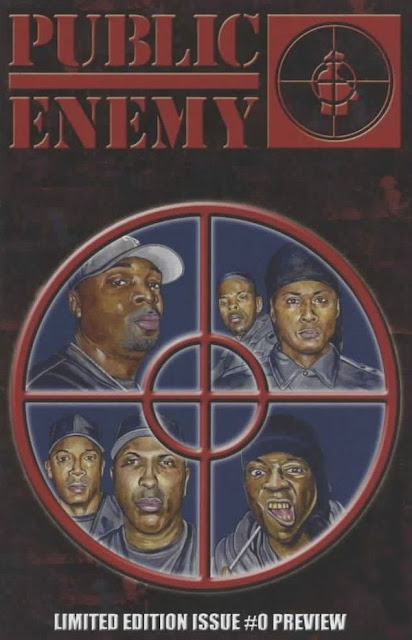 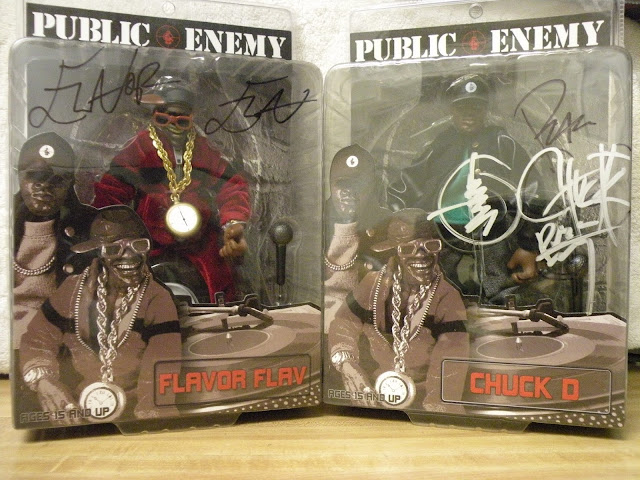 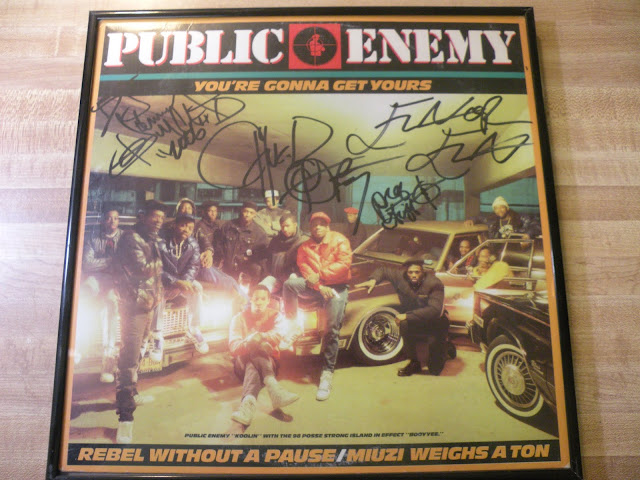