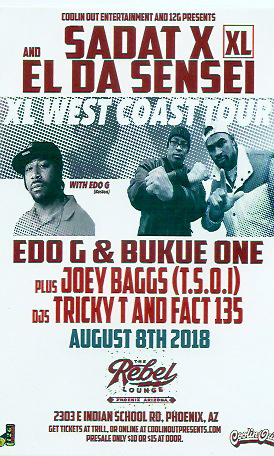 The day of this show I was hanging out at Crates Record shop when Serg the owner told me that Sadat X, El, & Ed O.G. would be stopping by to record a song in the store's recording studio. Ten minutes later they all walk through the door accompanied by Dj Kaos. I say my greetings and bounce back to the crib to grab some vinyl for these guys to autograph. After returning to the shop, we all hung out in the studio and it was cool to talk rap with Ed O.G. I go all the way back to "Be A Father To Your Child". In fact, I own every record from all three of these emcees. Later that night at the show, the crowd was kinda light(hmmmm…. is this a result of the gentrification of rap?), but the energy was strong. After the opening acts, Sadat X hit the stage for a shorter set than expected. I love Brand Nubian but was hoping to hear more of his solo joints like "Lump, Lump", "Hang Em High", or "X-Man" but it's cool, I mean, how you gonna be mad at hearing "Punks Jump Up To Get Beat Down","1999", & "Slow Down".
Ed O.G. went on next and proceeded to blaze the spot up! He started with a few songs from his new Lp "Freedom" then went down memory lane with "Love Comes And Goes" & "Be A Father To Your Child". Ed's entire set was rock solid and he still spits with excellent breath control and doesn't break a sweat.
Finishing off the night was El Da Sensei. El did his thing and of course ran through the Artifacts classics. At the end of his set he invited Sadat X back to the stage to perform a song from their upcoming "XL" Lp which was the title of the tour. I thought they would be doing an entire set of these songs but no, just the one. Hopefully this will be an upcoming tour. 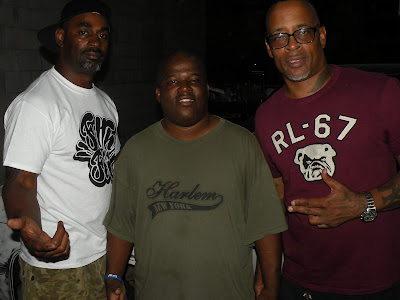 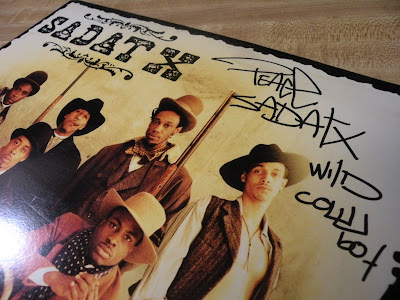 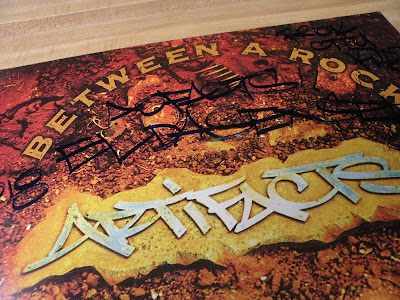 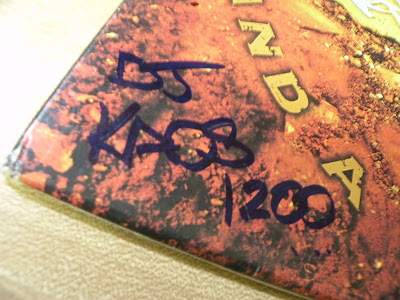 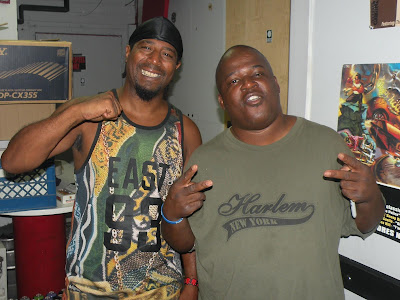 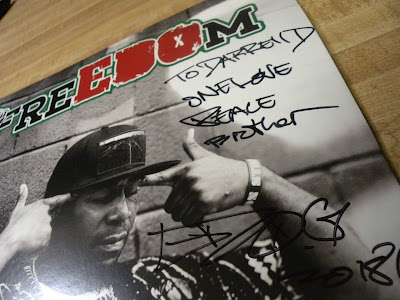 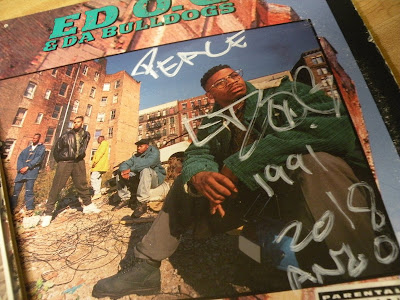