Thank You Pam the Funkstress!

I was never a super huge fan of The Coup but  I've always been a huge fan of Pam The Funkstress. I was first exposed to her on some of the early DMC battle videos. She had that ill flavor on the turntables. I've always wanted to see her live in action but every time The Coup came to Phoenix she was always absent. I was on the same bill for most of those shows, but no Pam.  Boots Riley, the frontman for The Coup, recently explained that Pam had a catering business that took up most of her time and rarely allowed her to tour. It was also impressive that Pam had later become the tour Dj for Prince just before his murder, even renaming her "Purple Pam". How cool is that?! I will miss you and hope to see you during much better times. Thank You Pam! 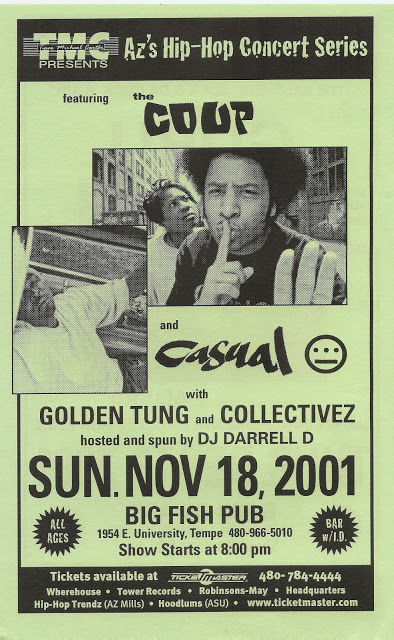