Just Another Day In NYC

July of 2016 I'm on my annual visit to New York City and I spend most of my time in the streets soaking up the ''Big Apple's" hip hop flavor. On this particular day I find myself heading to Bed-Stuy Brooklyn to hang out with my homegirl Giz. She's a super creative person splitting most of her time between slinging vintage clothing, dj'ing, acting, throwing fashion shows, and collecting all things funky. 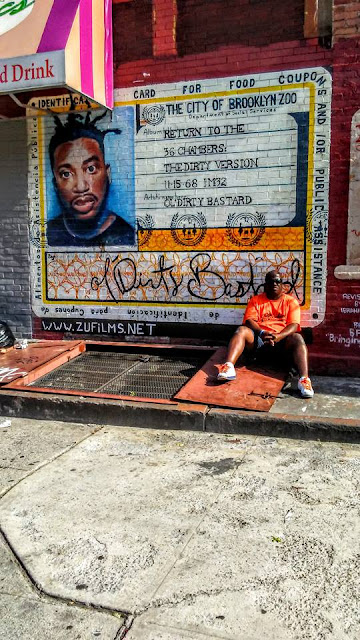 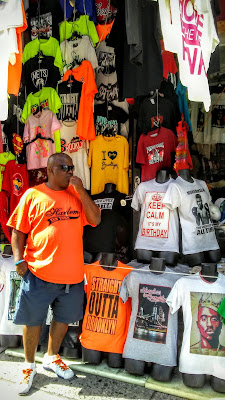 After taking me on a bike tour of  all of the coolest areas, she suggested we go hang out at this tiny juice bar where different Dj's are known to bring down some of their best vinyl pieces to spin. I'm like, "cool", I mean, who's gonna turn that down? We walk into this spot (sorry,I don't remember what it was called), on a beautiful sunny afternoon (yes,afternoon), to find none other then super producer Keith Shocklee (yes, of Public Enemy fame!), spinnin funk 45's. How crazy is that! 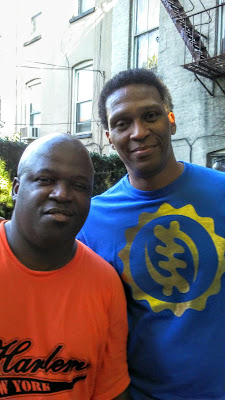 So after Keith is done with his set, Giz and I go out to the back padio and chill with a few drinks. Keith comes out and is chillin with a homeboy of his that Giz soon identifies as actor/comedian Steve White. Steve, for those not familiar with him, has been featured in such movies as Do The Right Thing, Coming To America, Clockers, and Malcolm X. Giz goes over to meet him while I stay and chill. Giz is super out-going and very well liked and it looks as if they hit it off pretty good. She soon comes back over to tell me that Steve is co-headlining a comedy show in Manhattan later and would like us to accompany him as his guests. Again I'm like "cool". As he drove us to the club he explained how Eddie Murphy helped him break into movies by giving him a small role in "Coming To America". Steve is a super-nice, down-to-earth guy and made us feel right at home. After we get to the club, he rocks his set and soon has to bounce out to Long Island for another show. We all say our good-byes and I head back to Harlem. Just another day in New York.
﻿
Posted by darrell d at 5:55 PM