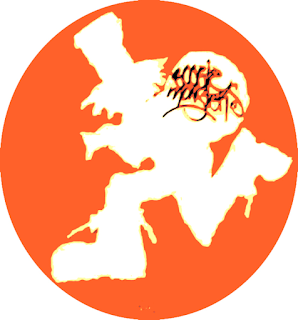 Back in 1994 was the first and last time I ever attempted to write to a fan club. I wrote to the -A Tribe Called Quest- fan club as well as the BoogieMonsters fan club. I never heard back from Tribe but the BM's showed me mad love. I was pretty shocked when I opened my mail to find a promotional photo autographed to me by all of the members as well as a super cool 2 page pamphlet about the group. They went on to release 2 gold nugget LP's and a slew of 12"s, all of which I own.  I later got to see them perform in Milwaukee with the Artifacts, The Beatnuts, and Common Sense. It was a great show and I want to thank them for reaching out to one of their biggest fans. 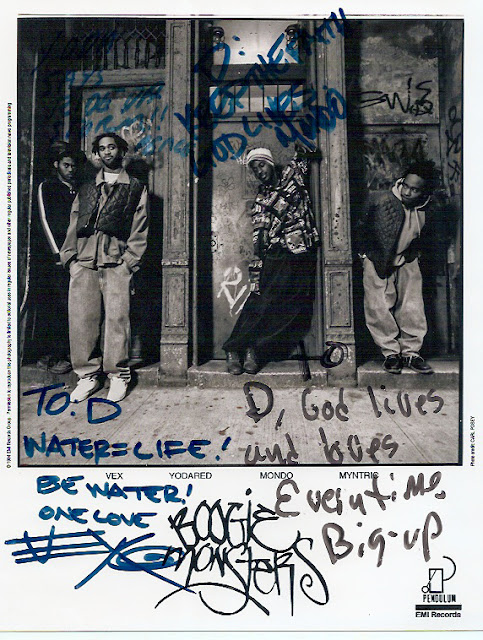 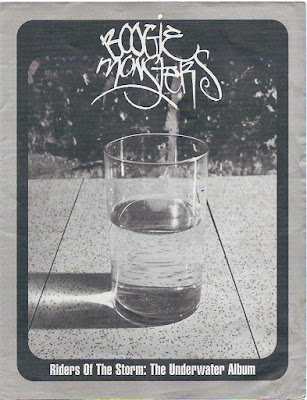 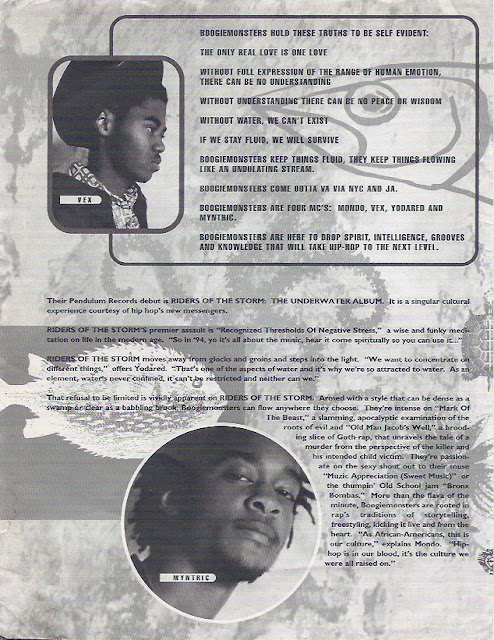 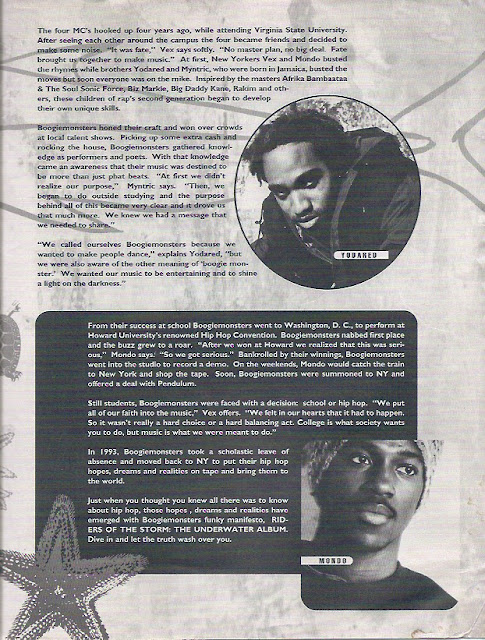 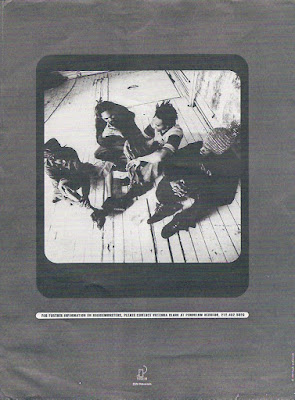