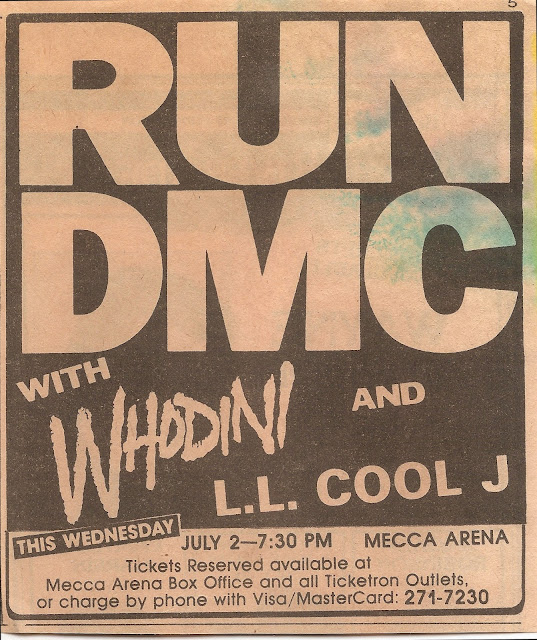 This is one of the first concerts I ever attended. I was 16 and Rap music was on fire. The Raising Hell Tour consisted of the Beastie Boys, LL Cool J, Whodini,& RUN-DMC. Again,this was at the Mecca Arena in Milwaukee and it was a full house. Back in the day, they would always advertise concerts in the entertainment section of the Milwaukee Journal newspaper. I made it a point to collect these along with the ticket stubs. You don't see line-ups like this anymore. 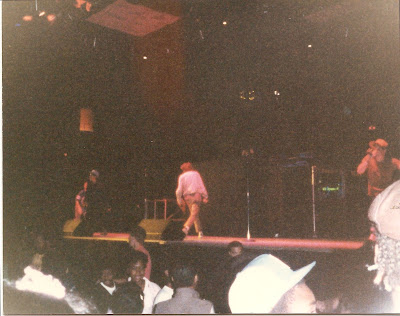 The Beastie Boys had not yet released their first Lp. They opened the show with "Slow And Low" followed by "Hold It Now" which was their first big hit. They came out jumping around and slinging beer all over the stage.  Dr. Dre (the one from MTV) was their tour Dj. It was crazy! 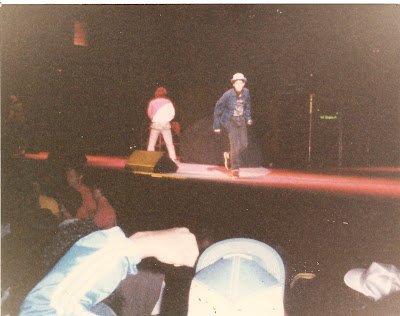 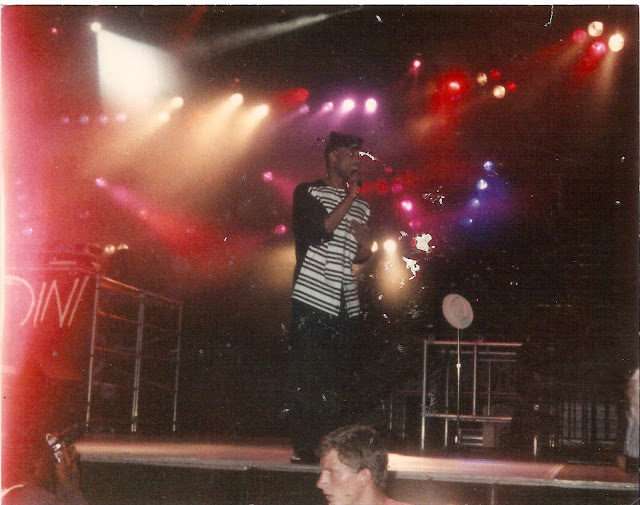 I remember Grandmaster Dee scratching with his sneaker. Ecstasy (pictured above) and Jalil had to pull him off of the turntables. 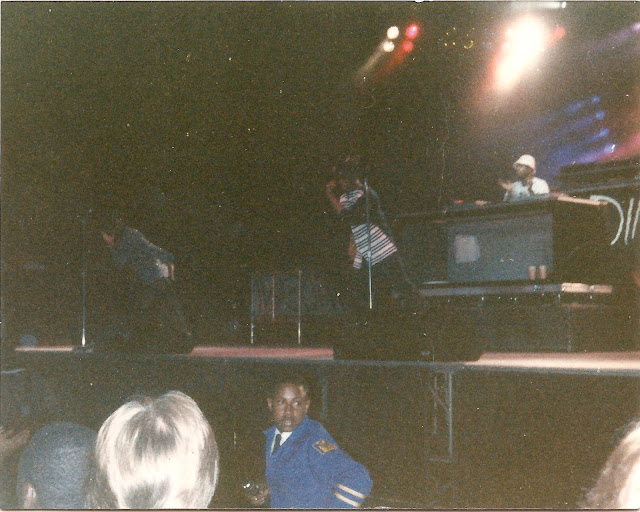 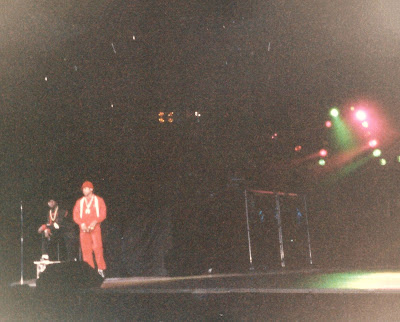 E-Love was the man back then. I wonder what ever happened to him. 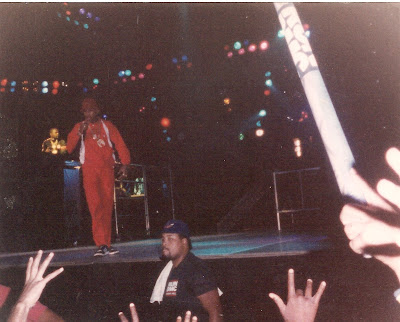 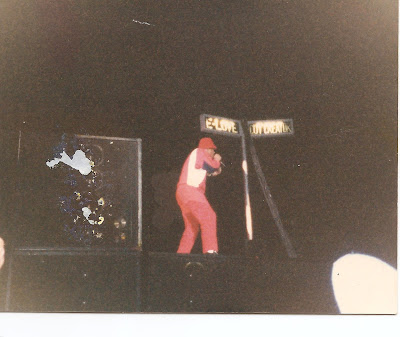 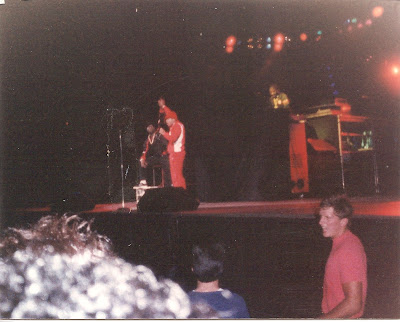 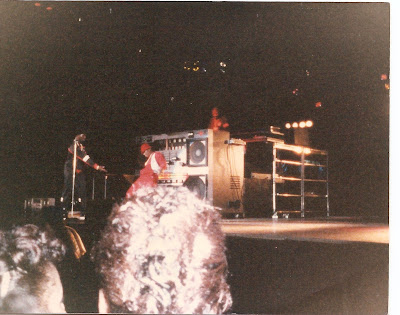 Check out the giant radio/dj booth. 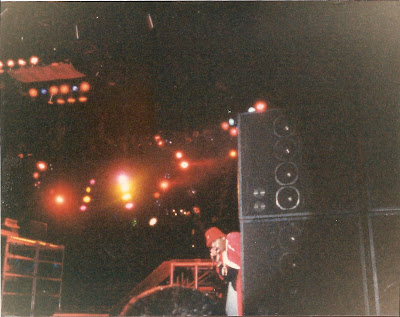 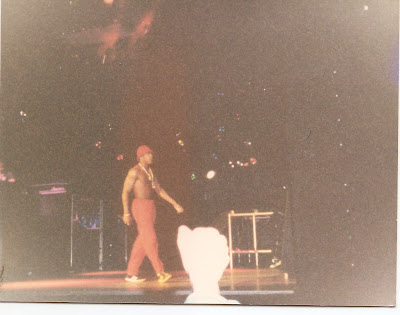 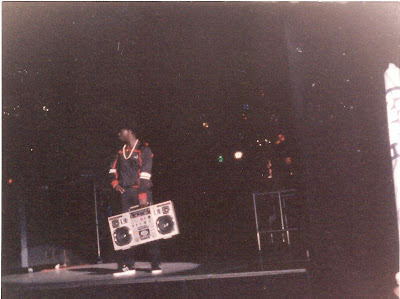 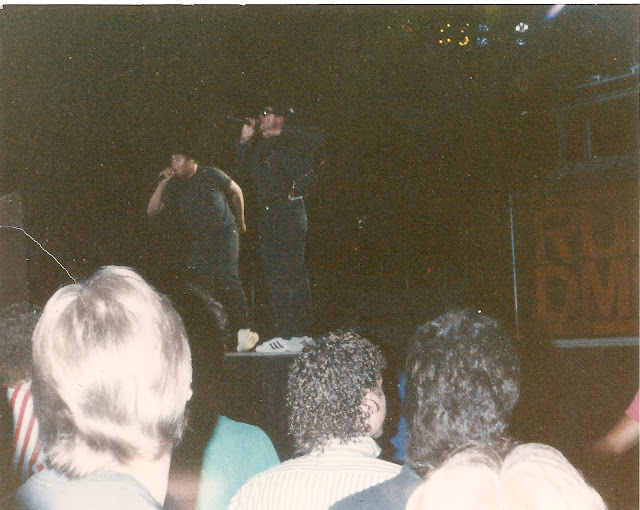 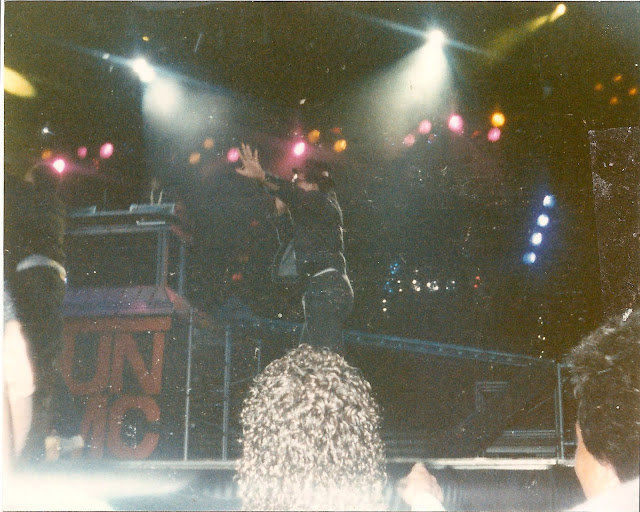 No rap group at the time was bigger then Run-Dmc and Run-Dmc was bigger then life. If you have never seen them live you missed what was possibly the greatest rap performances ever. 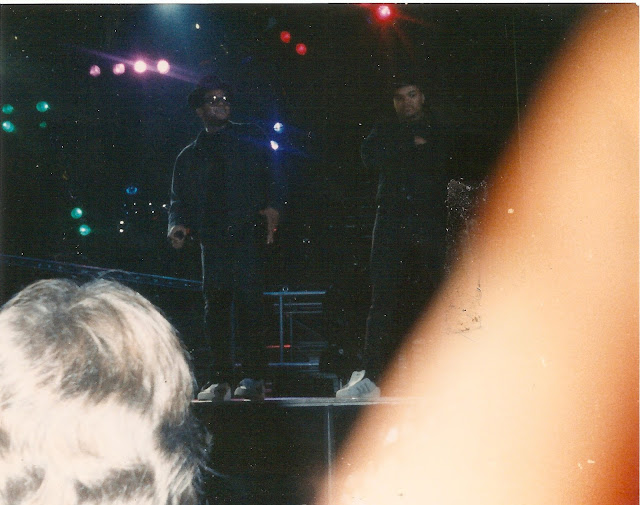 Dj Hurricane and the rest of the Hollis Crew were also in the house. 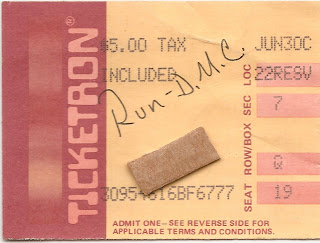