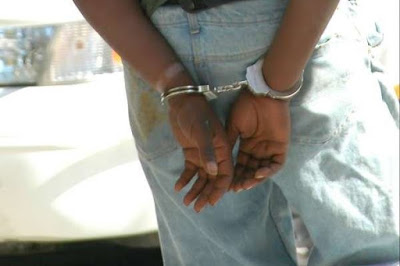 A DJ from Milwaukee,Wisconsin, has been arrested on suspicion of murdering his ex-wife after she applied for half of his vinyl collection in their divorce settlement.
Jesse Ward, aka DJ J-Blast, was arrested during a dawn raid on his home this morning, after his ex-wife, Stephanie Ward’s, body was discovered in her apartment late last night.
According to Officer Norman Parklawn, of the Milwaukee Police Department, Mrs. Ward’s body was discovered “beaten to death with a Traktor controller” and holding an original 12” copy of Brand Nubian's "Punks Jump Up To Get Beat Down" in her right hand.
Friends of the deceased are said to believe the police have arrested the right man after Mr. Ward made a number of threats to his ex wife’s safety after the terms of their divorce settlement were released.
“Jesse told Stephanie that he was going to kill her and you could tell he was serious,” claimed neighbour Natasha Beagler. “They were both DJs and the whole reason they split up was because they couldn’t agree about the digital versus vinyl debate. Jesse is obviously an old school vinyl fanatic while Stephanie was a more liberal digital enthusiast. They were always arguing about it.”
“I think Stephanie was trying to rub salt in Peter’s wounds by applying for half of his vinyl collection and he didn’t take it well at all,” continued Ms. Beagler. “He has a pretty short fuse and it doesn’t take much for him to lash out at all, just last year he beat the crap out of a guy for suggesting that pressing the sync button wasn’t a bad thing as long as the track selection was alright, that’s just the type of guy he is. Stephanie probably should have known better but there’s still no excuse for murder. Even if she was a laptop DJ.”
Unconfirmed reports from the Milwaukee PD indicate that Mr. Ward made a full confession after arresting officers promised to return his Brand Nubian record.