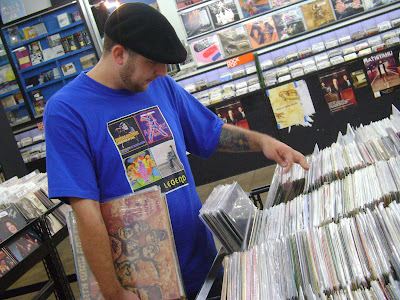 How did you get into dj'ing?
I started collecting records because of the 12" mixes not available on the LP. My boy Rudy down the block had this little turntable receiver all in one thing. I used to go to his crib and he would try to scratch using the volume as a fader. When I brought over my Paid In Full Coldcut 7 minutes of Madness 12" it was over. My life changed. We beat the hell out of that record.
Any other hobbies/interests?
Reading as much as I can. I like to hike. I'm still trying to make the perfect burger.
Share a cool digging story.
Back in Bakersfield in like '94-'95 I was walking downtown and noticed a storefront full of books. As I got closer I realized it wasn't open yet as it was a brand new store. I looked in the window and saw thousands of records. More then I could imagine at the time. I found out there opening date which was a few days later and went down there without telling anyone but my homie Dan because he had a car. I lost my mind in that place. I was so broke in those days but still managed to grab about 200 pieces for $1 each. They had tons of crazy heat. If I would of known then what I know now it would've been over. I kept it a secret for a few weeks till I got what I wanted out of there.
If you could be someone else for a day,who would it be?
So many people come to mind. Right now today I'm going to say Quest love. It might be someone completely different tomorrow.
What was the first record you ever bought?
The first record I ever bought was Joan Jett And The Blackhearts "I Love Rock 'N' Roll. I bought it at Sears when I was like 10. 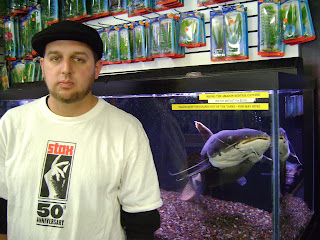 What dj/record collector do you admire and why?
Way too many to name. If I have to mention only one I will go with Z-Trip. He's my favorite DJ ever. His collection is ridiculous. His knowledge is unfathomable.
What are some "holy grails" in your collection?
I have this Latin Soul record by Mike Adame and Barrio called "Chicanita" It's a super raer! I have a nice minty OG Lymann Woodard "Saturday Night Special" LP. I have Dilla's copy of Eugene Mcdaniels "Headless Heroes Of The Apocalypse".
What's the weirdest thing that has happened to you while dj'ing?
Some chick bringing me a drink onstage and then sticking her tongue down my throat. That hasn't happened since....lol.
What else do you collect besides records?
I'm huge into movies. I have a pretty decent collection. Probably 600 - 700 DVD's and Blu-rays. Mostly Horror, Blaxploitation, B-Movies and Cult flicks.
If you could meet anyone,living or dead,who would you meet?
James Brown without a doubt. I cried when he passed. I bawled like a baby. I've never done that before unless it was a family member or friend. His music changed my life.
What's the best gift you've ever received?
My daughter Jazzmine Sky Walker
What makes you different from other dj's?
I spin vinyl. I don't know how to use Serato and don't care to learn. I'm straight to the point when I spin. I just want to rock the crowd. I don't double up much. I love to take chances and play some off the wall s*** that not everyone knows. I love mixing up different genres but keeping the same energy. 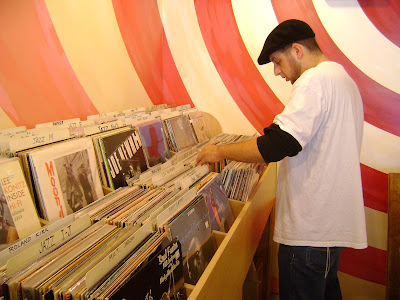