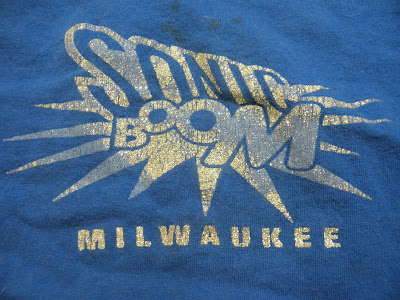 Sonic Boom was a very cool little used record shop that opened up in the mid-90's on the lower level of the world's tiniest mall on Milwaukee's east side, the Prospect Mall.  The owner was a younger cat who was a big sports buff and always had a game on. He later moved his store to a larger location on Brady street where he was really able to expand.  Rap music was still pretty new and this was the typical "white owned" shop that didn't really focus on this "newer, weird" music, so you could find rap Lp's for $3-$4 and 12" singles for $1-$2. Me and my buddies would go in there and clean that place out every week. After about a year of this, the owner caught on and increased his prices by almost 400%. He still didn't know what the records were worth (there was no internet or price guides that cataloged rap music back then), so he would literally price everything at $10-$12, no matter what it was, even the crappy artists. Needless to say we didn't buy much after that. He was only around for a few years before selling the shop to some chic who I think renamed it "Cherry Bomb" or something like that. I heard he moved to another state and opened another store. Still got all the records I bought from that shop and this t-shirt. 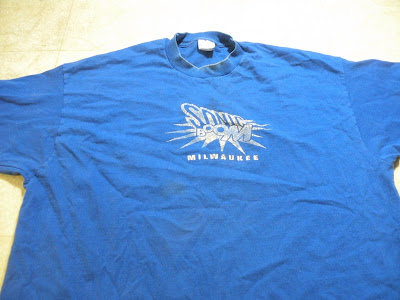