After being a group for six years, the Phoenix Afrobeat Orchestra finally has a vinyl release. PAO is the next best thing to seeing Fela and sons. Seriously,this is some quality Afrobeat music. A few days ago they had a release party which I was very excited to attend. When I arrived at the venue in downtown Phoenix, I discovered that the show was sold-out. UGH! I should have known better. I asked security would I be able to buy merch after the performance was over. Yep.   Cool.   As long as I get my vinyl fix i'm good. I had a good 90 minutes to kill so I took a walk around the Roosevelt row area of downtown and wandered into the Lost Leaf, a popular tiny bar/venue on 5th st. I ran into the homie Degha who told I had to check out this group that had just started their set. As soon as I heard this chic's voice my jaw dropped. It turns out that the group was Hello, Dollface. I had never heard of them but I became an instant fan. I'm not sure how one would describe their music overall but they have some serious soulful tunes. The night is taking an upward turn. They took a break after a few great songs and when they were about to start again it was time for me to head back to the Cresent Ballroom to grab my PAO vinyl and t-shirt. What do I do?!  I quickly said a few nice words to the singer, bought the CD and headed out. Once back at the Cresent, I grabbed 2 copies of the vinyl EP (which I had 14 of the 16 bandmates autograph), a t-shirt, then my night was complete. I really wanted to see PAO perform but i'm super glad I was exposed to Hello, Dollface.  If you dig Afrobeat or soul music, I highly recommend both of these groups. 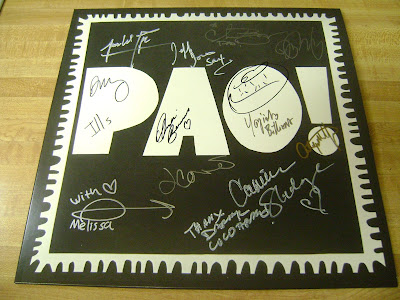 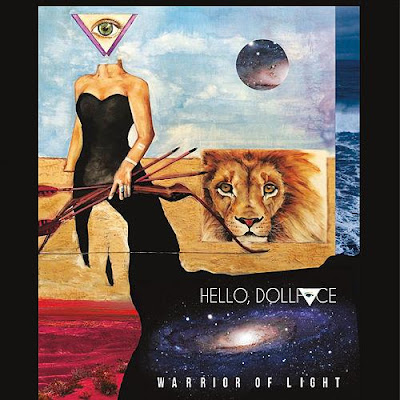